What Is Pepperoni? How Is It Made?

What is Pepperoni? It is one of the most liked toppings on a pizza. It is the most popular and favorite amongst so many different toppings in fact nearly 52% of people like meat on their pizza. Pepperoni is meat but have you ever thought about what is pepperoni and what is pepperoni made from? So today let’s dive in to know more about your favorite topping pepperoni.

Pepperoni is a type of American Salami that is made from a cured mixture of pork and beef. The mixture is seasoned with paprika or chili pepper.

What Is Pepperoni Made Of? 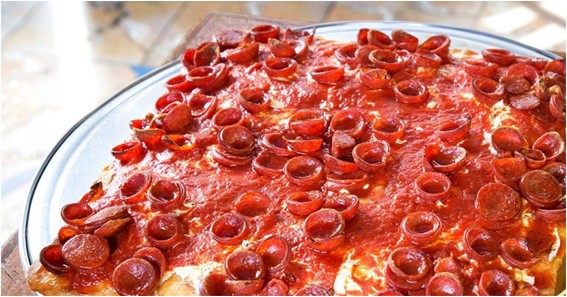 Pepperoni is made from pork and beef mixture that is cured. Turkey meat is also used as a substitute for pepperoni.

Pepperoni made of only beef is called beef pepperoni.

Pepperoni has similarities with the salami of southern Italy like salsiccia Napoletana Picante which is a spicy dry sausage of Naples. 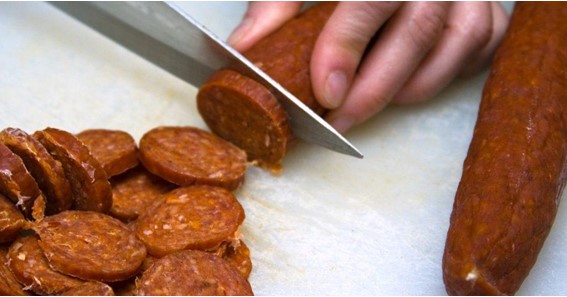 Pepperoni is soft, smoky, and bright red in color. Pepperoni is thinly sliced and commonly used as a pizza toppings commonly in American pizzerias.

How is Pepperoni Made? 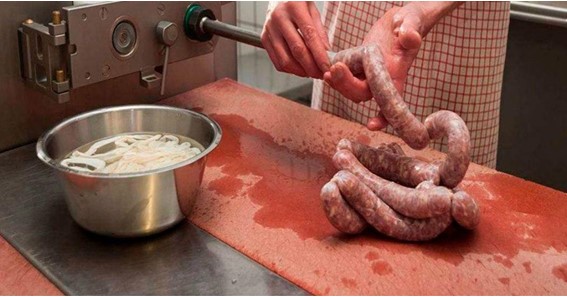 Pepperoni is made by curing pork and beef meat. The curing is done with nitrates(nitrites) which is a modern curing agent that protects against botulism and another microbiological decaying. The red color of the pepperoni is also due to this method of curing as nitrites react with heme in myoglobin which is a proteinaceous component in meat.

What Is Pepperoni Made From?

Pepperoni is made from pork and beef mixture that is cured.  Turkey meat is also used as a substitute for pepperoni. Pepperoni made of only beef is called beef pepperoni.

Why Is Pepperoni Bad For You?

Pepperoni has sodium, sugar, calories, preservatives, and saturated fats in it. It is made by curing the meat which gives it a tangy flavor and chewy texture. It can be unhealthy and dangerous to health due to all these additives.

What Does Pepperoni Mean?

What Is The Difference Between Salami And Pepperoni?

The difference between salami and pepperoni is that Salami is made of cured sausage of meat that is fermented and dried in the air whereas pepperoni is made of pork and beef mixed and cured.

Pepperoni is made of beef and pork meat. That means pepperoni is a meat product so vegetarians cannot eat pepperoni.

Is Pepperoni Made Of Pig Intestines?

Contrary to popular myths about processed foods, pepperoni is not made with low-quality leftover meat or organ meats. High-quality pepperoni should also not contain any fillers. Pepperoni casings are like other sausage casings. “Natural” sausage casings use the intestines of animals to encase the meat.

Is Salami And Pepperoni The Same Thing?

In conclusion, the main difference between pepperoni and salami is their flavor. Pepperoni tends to be spicier than salami as it includes spices like paprika, chili pepper, and cayenne pepper. Moreover, salami has Italian origins, while pepperoni is an American invention based on salami.

Are Pepperonis Healthy For You?

The cured meat is high in saturated fat and sodium, and it contains protein, but it doesn’t supply large doses of essential nutrients. An occasional serving of sliced pepperoni won’t harm your health, but regularly eating the food can contribute to negative health consequences.

What Proof Is Pink Whitney?

What Is A Shell Steak?